Media Makers was founded in 1993 by Jon Bowen.   Jon loves production and design and enjoys helping people use media to deliver messages effectively.

Jon grew up in Los Angeles and began his career at an early age working with his father, Al Bowen, an industry pioneer.  Jon's  love of production started with his first big project, the CBS Pro-Bowlers Tour in 1978.  Jon co-founded Bowen Video Facilities in 1980. While working full-time, Jon got a degree in Media Management from Cal Sate Northridge in 1984. He worked on hundreds of projects providing broadcast services to network and regional TV productions - commercial campaigns for Robinson's, Sears, Stater Brothers, to name a few. Jon also worked on many music industry projects, including Bruce Springsteen and the E Street Band's  Born in the USA Tour (receiving album credits), hundreds of sporting events including the LA Olympics for ABC, many projects for TV Ministries, and numerous corporate videos.  Jon won an EMMY Award and has been nominated for another, both for work he has done for ABC.

In 1990, Jon began working on more specialized projects for different entities and this led to the formation of Media Makers in 1993.  Media Makers came about from a need to provide service to a few businesses and non-profit clients for select and particular video production needs.   Media Makers is dedicated to helping businesses with promotion, marketing, and video production.    Among many other projects, Media Makers has produced Project ALERT for the Conrad N. Hilton Foundation for just over twenty years.  The Project ALERT program is nationally acclaimed and recognized as one of a few scientifically validated programs that teach kids the dangers of using substances.  The program is video-based.  It has been a very satisfying project to be involved in and Jon has received many industry awards for his work in the program. 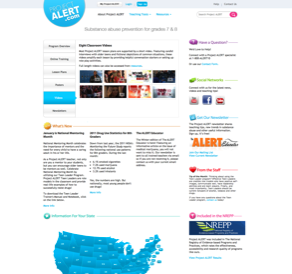